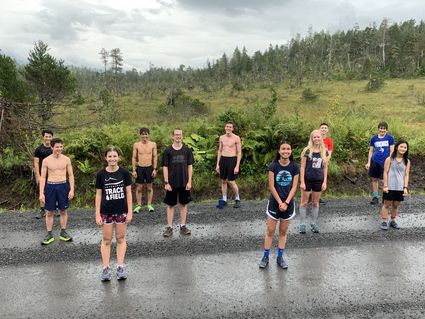 The Petersburg High School cross country team ran a 5k course near Greens Camp after school on Friday as part of a virtual meet with high schools throughout the region.

The boys team ended up taking second place among the seven teams that competed with each other remotely. The girls team still does not have enough runners to score for their team, but Head Coach Tom Thompson said the girls still had a strong showing.

Each of the seven high schools, Haines, Petersburg, Craig, Wrangell, Unalaska, Metlakatla and Klawock, chose a flat 5k course and compared their times with each other.