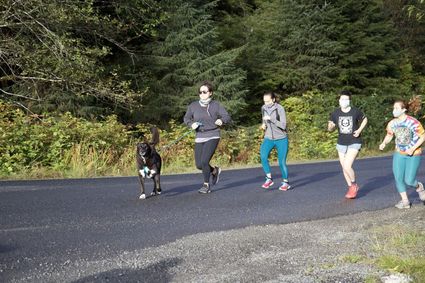 The course began at Sandy Beach and continued down Cabin Creek Rd. Runners and walkers continued on to their turnaround point and then headed back to Sandy Beach. Participants had the choice of running or walking a 10k or half marathon.

While the race was free to participants, donations were accepted on behalf of the PHS cross country team. Shirts, which featured a logo designed by Alice Williams, were...