Bears still on the hunt for food 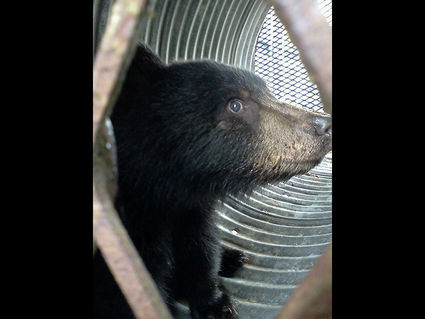 A bear cub trapped in a trap several years ago.

As bears continue to search for food in town, Petersburg Area Biologist Frank Robbins, with the Alaska Department of Fish and Game, said he doesn't know at what point the bears will accumulate enough calories to hibernate.

"We may have some hungry bears for a long while," said Robbins.

Bears are currently experiencing a biological process called hyperplasia. It kicks in just before winter and tells the bears it's time to fatten up for hibernation, said Robbins. But the lack of natural foods, like berries and salmon, have led the local bear population into neighborhoods in search of food.