Aquatic Center reopens to the public 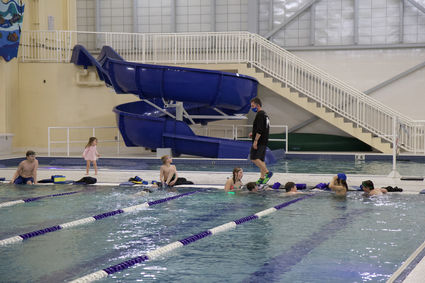 The Park and Recreation Center's Aquatic Center opened to the public on Nov. 23 following temporary repairs in the boiler room.

Initial contractor estimates projected the pool to reopen on a temporary basis in anywhere from three to four months, according to Borough Manager Steve Giesbrecht. He said the contractors were able to find parts and materials much sooner than anticipated, though some had to be air freighted to town from the East Coast.

"Slowly, but surely, the parts rolled in," said Giesbrecht.

New temporary breakers were installed in the boiler room after the original breakers...