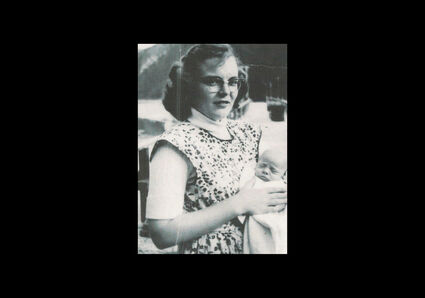 Barbara Martin Short, 89 died of natural causes, while eating her favorite ice cream with Wayne's help on January 17, 2021 in their apartment at Mountain View Manor in Petersburg, Alaska.

She was born in Waterloo, Iowa on November 4, 1931 and after high school she went to college in Minnesota and graduated with a degree in nursing. She moved to San Francisco, California and immediately started work at Southern Pacific Railroad Hospital, located near Golden Gate Park. She worked in the cardiac ward.

In 1954, Barb met and married Wayne Short, a commercial fisherman in Southeast Alaska who fished during the summer. A couple of winters they went back to San Francisco and she worked at the hospital and Wayne worked as an engineer in the hospital's power plant.

They next moved to Warm Springs Bay, Baranof Island, their home for 17 years. They had five sons: Luke, Mark, Mike, Lafe and Patrick, who was born on "St Patrick's Day."

In 1971, Barb and their family moved to Petersburg. She was a good sport to follow Wayne in traveling to Mexico, Arkansas, Arizona and other points. She worked at the Post Office in Petersburg and was a member of the Hospital Board for many years. Barb was a consummate reader and for many years, read a book a day.

She is survived by Wayne; sons Luke, Patrick and Lafe; and grandchildren John, Marcus, Marshall, Haley and Bridie.

A memorial to help the project for Mountain View Manor Assisted Living, can be sent to Petersburg Borough, PO Box 329, "Decking out the Deck", Petersburg, AK 99833.