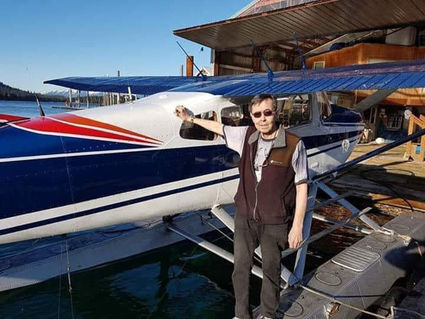 Just before the start of the Little Norway Festival parade at 4 P.M. on May 14, four pilots flew float planes over the downtown area in remembrance of aviation pioneer John "Butch" Williams, who operated Kupreanof Flying Service in Petersburg.

Before Williams passed away on July 31, 2020, he entrusted his aircraft N9950N, a 1975 Cessna 180 known as "Puddle Jumper," to his longtime friend David Doyon Sr., according to David Doyon Jr. in a letter to the Petersburg Chamber of Commerce.

Williams had asked Doyon Sr. to perform an aerial flyby for his family and friends during the 2020 Little No...