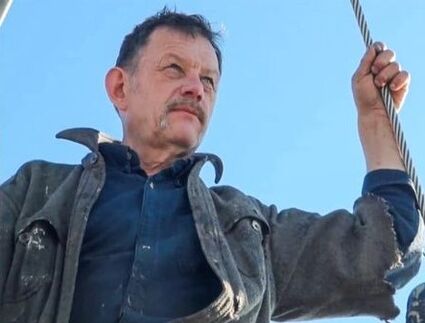 James "Jim" Albert Bodding joined his parents on July 29, 2021 after a valiant battle with lung cancer. He was born in Ketchikan, Alaska on August 8th,1948 to Gerald A. "Bud" Bodding and Dorothy E. "Betty" Bodding (Hofstad). His first love was the sea where he spent much of his life searching for the next productive fishing grounds. The sea was in Jim's veins from the age of 5 when he became hopelessly addicted after catching his first coho salmon on a baitless treble hook while boating with his dad's family. He went on to fish with his uncle, Albert Hofstad, on the Tonka in southeast Alaska for many years, which continued to foster his love for the water and the fishing trade.

Jim graduated from Ketchikan High School (Kayhi) in 1967, then received his Bachelor Degree in Fisheries  from the University of Washington in 1971, during which time he fished summers. Some winters he long shored or worked on the pipeline, but mostly he fished: longlining for halibut and black cod, crabbing for dungeness and, in his later years, fishing herring roe in Sitka.

Jim took a positive approach to life which could be observed by anyone who had the privilege of knowing him. He looked at obstacles as opportunities and overcame many, including the loss of his right hand while experimenting with a chemistry set at the age of thirteen. Many of his deckhands stayed for years; a testament to his fairness and his willingness to work as hard or harder than anyone else. Jim gave up his boat in 2021 when it was obvious he would no longer have the strength to continue fishing.

Never a smoker, Jim was diagnosed with lung cancer in January of 2020 and fought aggressively and courageously until his last day. He will be missed immensely by his wife, Charlotte; daughters, Kimberly and Chelsea; grandson, James; brother, Eric (Gina Granat) and sister, Sheila (Murray Hayes); and a large family of aunts, uncles, cousins, nieces and nephews. Jim lived his life to the fullest without regret.  His spirit will remain with all of us.

In lieu of flowers, the family requests that memorial donations be sent to Hospice of the Northwest Foundation, at 227 Freeway Drive Suite A, Mount Vernon, WA 98273. A family memorial will take place in the future. Send your memories of Jim to Charlotte at 1911 8th St, Anacortes WA 98221, or to cbodding@comcast.net.