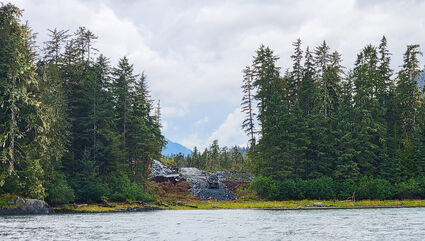 The boat ramp at the end of the Kake Access road is almost finished and will have a parking lot nearby.

The Kake Access road is expected to be completed by mid-October according to Project Manager Garrett Paul.

The estimated $40 million project forms a 37 mile long road from Kake to a new boat launch near Twelvemile Creek. Paul, who works with the Alaska Department of Transportation, said that approximately seven miles of new roads have been completed and between 15 and 20 miles of existing roads have been improved.

"Overall our goal is to make this route an easily traversable one, so to do that we have enhanced some existing roads by grading them and putting on new surface course," Paul said...