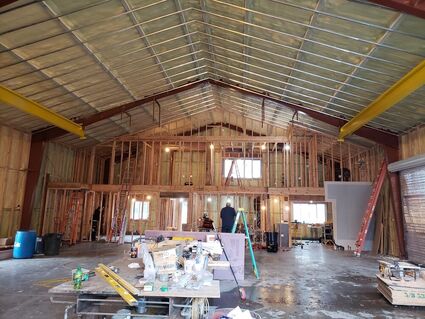 Interior framing is nearing completion as crews finish electrical work inside the building.

Construction is progressing on the new motor pool shop and is set to be completed by the November 30 deadline despite schedule delays according to Public Works Director Chris Cotta.

The new building, which is replacing the facility that suffered a fire in August of 2019, has had its framing put up for rooms such as the crew quarters, and builders are now working on electrical and plumbing for the building.

Cotta said the delays are because of issues contractors are having with supply of materials and other jobs they are dependent on.

"I think there's just a combination of factors that have...