By Sarah Aslam and Chris Basinger

Lights out: Wrangell and Petersburg left without power after high winds 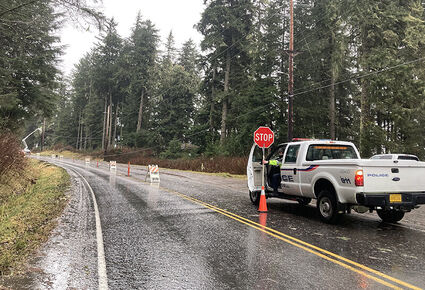 One lane of Zimovia Highway, the only road in and out of Wrangell, was passable to both directions of travel, with workers alternating traffic flow on Wednesday, Dec. 1.

An unexpected, strong weather system sent high winds tearing through Wrangell, snapping three Southeast Alaska Power Agency poles which blocked the highway at City Park and knocked out power to most of Wrangell for much of Tuesday and Wednesday.

At 2:19 p.m., Utility Director Karl Hagerman reported that Petersburg was running on diesel generators while awaiting a report from SEAPA on the extent of the damage.

SEAPA power was restored to Petersburg later Tuesday afternoon a...