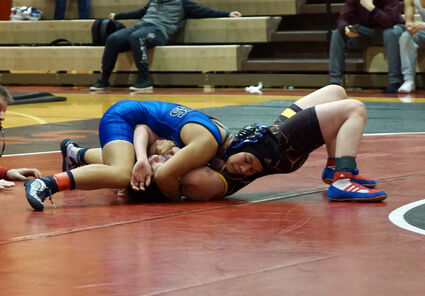 The Petersburg High School wrestling team traveled to Wrangell last weekend to compete in the Region V Championship Tournament which gave students a chance to qualify for the state championships in Anchorage.

Head Coach James Valentine said he was proud of the confidence the team had going into the tournament which was the culmination of all the hard work the students had put into the season.

"This weekend, I thought that everybody showed up and left 110% on that mat, which is fantastic to see as a coach," Valentine said.

DD Toyomura, who Valentine called the best wrestler in the state in h...