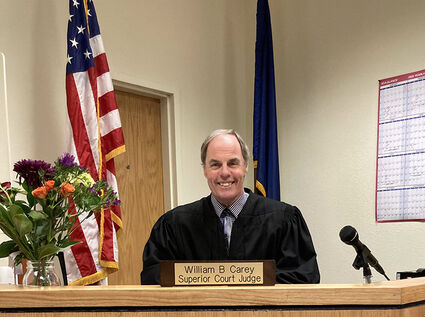 Superior Court Judge William Carey is set to retire later this month after finishing his final trials in Petersburg and Ketchikan.

Carey has served as a superior court judge for the area since 2009 after being appointed to the position by Governor Sarah Palin and in that time has presided over trials across Southeast Alaska.

Originally from Massachusetts, Carey earned his bachelor's degree in political science from Brown University in 1976 and a law degree from the University of Denver in 1980.

He moved to Alaska in the summer of 1980 to work as a legal intern with the Cook Inlet Native Ass...