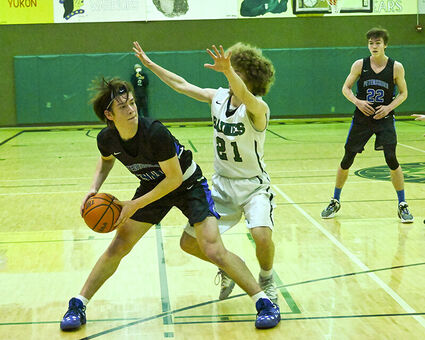 Lathum Johnson scans the court for an open pass in a match against Haines.

The Petersburg High school boys basketball team played three games last weekend, two of which were their first matchups against a conference opponent this season.

On their way to Haines the Vikings stopped in Juneau on Thursday and faced the Thunder Mountain varsity team in a non-conference game, beating the home team 66-52.

"Any time you can play a bigger school gives you an opportunity to really test yourself and our kids really rose to the occasion," Head Coach Rick Brock said.

Petersburg started the game with a scoring run but eventually Thunder Mountain settled into the game and began...