Hooligan brighten up the Stikine again 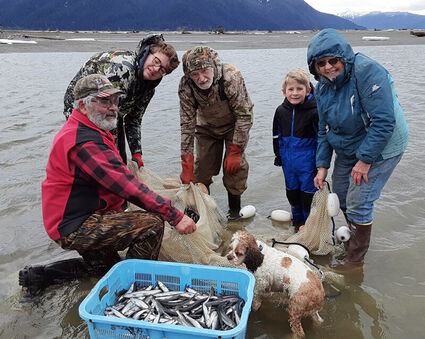 When the eagles disappear from town and the sea lions start hauling out on the beach at Lesnoi Island, it's a pretty sure bet hooligan season is upon the Stikine River, said David Rak, forester at the U.S. Forest Service in Wrangell.

If you go to the north side of Wrangell Island, Rak said, you can hear the sea lions barking from a spot where hundreds haul out on the beach at Lesnoi Island.

"When the eagles all disappear from town, they're over there," Rak said last Wednesday.