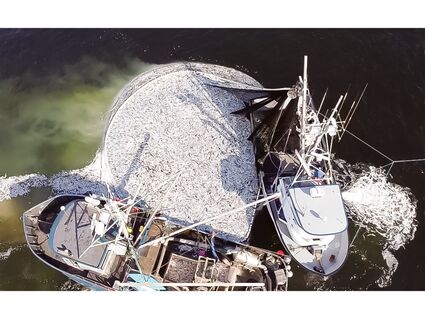 The Sitka Sound sac roe herring fishery has seen multiple openings over the past week which have resulted in approximately 7,300 tons of herring harvested as of Tuesday according to the Alaska Department of Fish and Game.

After four days of two-hour notice, the first fishery opening was held on March 26.

Though there was no herring spawn observed in the aerial survey that day, department and industry vessels observed herring in the sound.

The opening occurred from 11 a.m. to 12:15 p.m. and extended from the southeast shore of Kruzof Island where approximately 450 tons of herring was harvest...