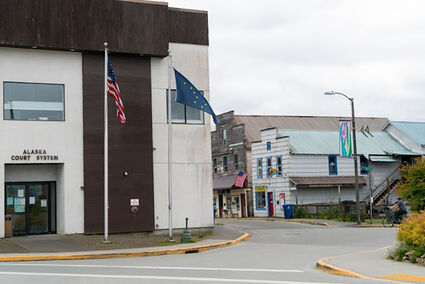 Two Petersburg residents have pleaded guilty to providing false information with the intent of implicating another in an offense after accusing a Petersburg Police Department officer of sexual misconduct in 2020.

Julie Ruhle and James Vick claimed that Officer Louis Waechter touched Ruhle, who was under arrest on charges of driving under the influence, inappropriately as she climbed into the back seat of a police car on Sept. 28, 2020.

According to the court complaint, body cam footage of the interaction showed Ruhle asking for help as she tried to get into the vehicle and that it does not appear that Waechter touched Ruhle inappropriately.

Waechter wrote in a report that he used his flashlight to illuminate the back seat of the car and grabbed Ruhle's arm to help her climb in according to the court complaint.

He received a suspended 10 days in jail, a suspended $1,000 fine, and one year of probation.

On April 20, 2022, Ruhle pleaded guilty to providing false information and received a suspended 10 days in jail, a suspended $1,000 fine, and one year of probation.

She was also found guilty of reckless driving, which was amended from a DUI charge, and received a suspended 45 days in jail, a $1,000 fine due by October 15, 2022, a license revocation for 30 days, and one year of probation.