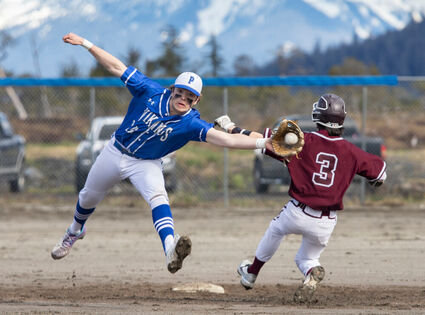 Jack Engell launches his glove toward the ball as he tries to make the catch and beat the sliding Ketchikan runner to second base.

The Petersburg High School baseball team went up against the Kayhi Kings in a home series last weekend but lost all three games against the tough opposition.

Lathum Johnson started the game for the Vikings and gave up seven runs, six of which were earned, over 3.2 innings...