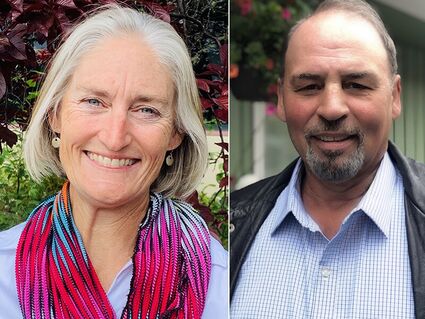 Two candidates have filed for candidacy in this year's election to fill Rep. Jonathon Kreiss-Tomkins' seat in the Alaska House of Representatives.

Kreiss-Tomkins, who first elected to the seat in 2012, announced earlier this year that he will not seek reelection.

House District 2, which was newly created by the Alaska Redistricting Board, spans Southeast Alaska from Prince of Wales Island to Yakutat and includes Petersburg, Sitka, Kake, and Craig.

The candidates running for the seat are Kenny Skaflestad, a Republican from Hoonah, and Rebecca Himschoot, an independent from Sitka.