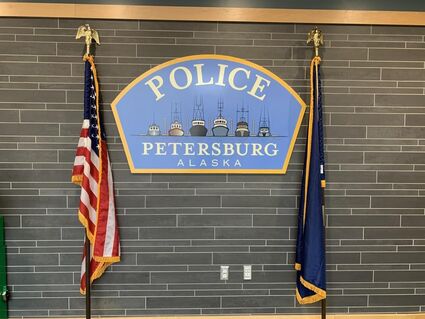 An investigation by the borough into a complaint filed by Petersburg Police Department Chief Jim Kerr, alleging that he was the subject of harassment from Assembly Members Jeff Meucci and Dave Kensinger, found that no conduct that met any legal definition of harassment had taken place. The investigation also found that Kerr's comments at a Petersburg Borough Assembly meeting on November 17, 2021 were not protected by the First Amendment or the Alaska State Constitution. On Monday, as a response to a public records request filed by KFSK's Joe Viechnicki, the borough released a brief statement of these findings along with a redacted version of the five-page timeline written by Kerr and included in his complaint submitted to the borough's HR department.

Kerr's timeline included instances of alleged harassment and other relevant events involving the police department, the borough assembly, the Petersburg Medical Center, the borough's Emergency Operations Center, and other entities and individuals.

According to the borough statement, Kerr claimed the alleged harassment he had received came mainly in response to a statement he made at the November 17 assembly meeting about the enforcement of an ordinance requiring face coverings in public settings.

On November 17, the assembly considered a proposed ordinance which would have required businesses to deny admittance to people who refused to wear masks in indoor public settings and introduced a fine structure for individuals, business, and building owners who did not comply.

The ordinance aimed to amend an emergency ordinance, which had been approved earlier that month following a dramatic increase of COVID-19 cases in Petersburg, that implemented masking requirements for public indoor spaces but did not include any enforcement measures or fines.

Assembly Member Chelsea Tremblay said during the meeting that she had no intention to pass the ordinance as written and the language of the new ordinance was later heavily amended to remove the enforcement and fine structure.

According to Kerr's timeline, prior to the November 17 assembly meeting, Kerr told Borough Clerk Debbie Thompson that he wanted to speak during the public comment period at that meeting as a member of the public and not as the chief of police.

During the meeting, he said having the police enforce the mask ordinance on people and businesses would result in verbal altercations and physical conflicts and that if the police department had to enforce ordinances that "divide this community further" then officers would move from Petersburg to join other police departments.

He also said that he did not support enforcing mask mandates or ordinances.

"Voting yes on enforcing masking allows the assembly to hide behind their vote while they destroy the community's relationship among neighbors, the police department, and local government," Kerr said. "Sending officers with guns and arrest powers to a masking complaint is absurd. Using the police department to enforce a masking violation should be viewed as excessive force."

According to the borough statement, Kerr believed that his comments at the meeting were protected by the First Amendment.

Kerr also wrote in his timeline that his statement was about "a matter of public concern relating to enforcement of masking and fining businesses and citizens of the community."

Over 25 businesses in Petersburg also signed onto a letter to the assembly stating their opposition to the proposed ordinance and that the businesses would close in protest if the ordinance passed as written.

Following the November 17 meeting, Kerr wrote in his timeline that he received "constant retaliation from [his] speech against masking enforcement."

In the timeline, Kerr wrote, "Jeff [Meucci] and Dave [Kensinger] wanted me fired over my personal statement to the assembly."

He added, "Jeff went after PD Training ... Jeff's tone and body language showed he was mad at me over the personal statement relating to a matter of public concern," and "Jeff and Dave requesting/making constant busy work for the police chief."

Kerr wrote that Giesbrecht told him after the meeting that his speech was "over the top and inappropriate," but in a following meeting, "Steve [said] he understood I was allowed to say what I did but cautioned me on future statements," and a plan was conceived for Kerr to consult Steve in the future.

The timeline also included alleged incidents of harassment following the firing of former Petersburg Police Officer Johnny Duane Pickle. Pickle's employment with the borough was terminated following an investigation into a picture and caption he posted on Facebook of a child performing a Nazi salute.

Following that point on the timeline Kerr wrote, "Dave sent an email to Steve wanting me fired," and "Jeff, Dave and Thomas all questioned the police department hiring process."

According to the statement provided by Giesbrecht, following the complaint the borough started an investigation conducted by an outside attorney who worked with the borough attorney.

The outside attorney had two findings.

Firstly, that Kerr's statement at the November 17 meeting was not protected by either the First Amendment or the Alaska State Constitution.

According to Giesbrecht, this was determined by examining the First Amendment rights of public employees through the application of the policymaker exception and the balancing test established by Pickering v. Board of Education.

The outside attorney also concluded that "the conduct which Chief Kerr objected to did not meet any legal definition of harassment."

According to the borough statement, assembly members have the authority and right under the Borough Code of Ordinances to ask questions and request documents in and out of assembly meetings regarding issues impacting the borough and "the inquiries made here involved important police department matters, including hiring processes and domestic violence calls."

"The Borough took the allegations seriously, as it is required to do, conducted a thorough investigation, and considers the investigation concluded," the statement read. "The parties involved are working together to restore trust and confidence, to better serve the community of Petersburg."

According to Meucci, himself, Kensinger, and Kerr also met with Giesbrecht on Monday to discuss the findings.

In response to a request for comment Kerr wrote, "I would only like to say when local government doesn't work in harmony it only does a disservice to the community it serves. I hope moving forward we can put differences aside and [do] our best to serve the community of Petersburg."

Meucci said he was satisfied with the findings of the investigation and hopes to move forward and get back to having a good relationship with the police department.

"I think we just have to figure out what we're going to do to build trust to get back to that spot because I have a lot of respect for the police department and the police chief," Meucci said.

In an interview with KFSK, Kensinger said "...I hope that we can move on. I hope that we realize that we have a lot of issues in this community that need to be addressed right now and I think if we really get into a tit for tat at this moment that it's not going to be constructive for the community."