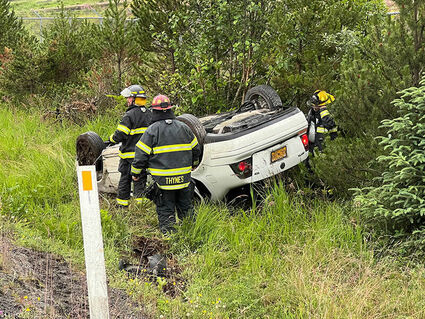 A car was found overturned in a ditch along Haugen Drive Sunday morning after it crashed according to Assistant Fire Chief Dave Berg.

The upside down white Volkswagen Jetta was spotted by a passerby off the road near the end of the airport runway at around 5 a.m. on Sunday according to Berg.

A fire truck, work truck, and ambulance responded to the scene but did not find any of the occupants of the vehicle.

Berg said responders canvassed the area around the crash and found blood on the car.

The registered owner of the vehicle was eventually identified, so police conducted a welfare check and...