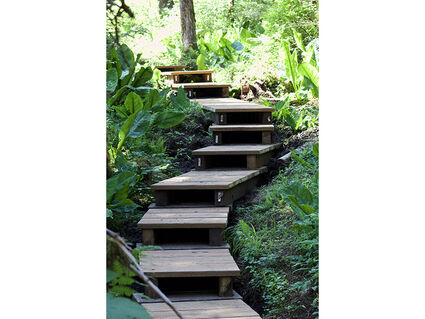 Wooden walkways along the Ideal Cove Trail help make the trail easier to traverse for hikers.

The new U.S. Forest Service Petersburg District Ranger Vernon "Ray" Born introduced himself to the community during Monday's Petersburg Borough Assembly meeting and gave a report on the Forest Service's current and future projects in the district.

Born, who came to Petersburg from Bethel where he worked managing the Yukon Delta Wildlife Refuge, succeeded Ted Sandhofer as the permanent district ranger.

He is originally from Minnesota where he grew up on his family farm and also served in the U.S. Army and retired as a colonel after 35 years.

During the meeting he touched on recent projects i...