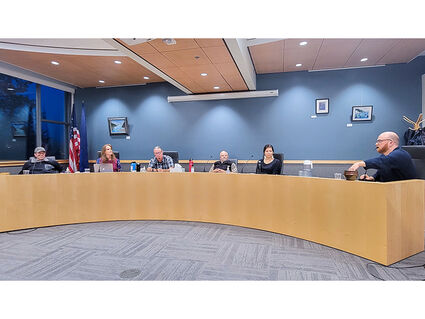 The five candidates running for the two seats on the Petersburg Borough Assembly participated in a candidate forum on Monday in the assembly chambers hosted by KFSK and the Petersburg Pilot.

Assembly Member Jeigh Stanton Gregor, Assembly Member Chelsea Tremblay, Donna Marsh, Scott Newman, and Kurt Wohlhueter were presented with the same questions and were each given one minute to respond in a random order.