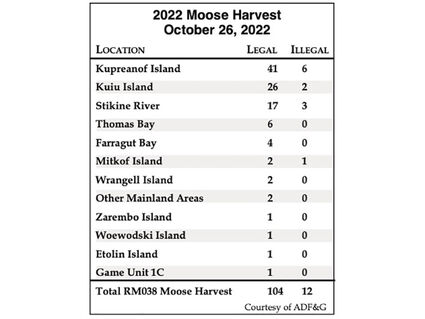 The RM038 moose hunt ended on Oct. 15 with 116 harvested during the season according to Hilary Wood of the Alaska Department of Fish and Game.

The overall number of moose harvested is down 16 from the record 132 harvested in the 2021 season and is just under the previous five-year average of 119.6.