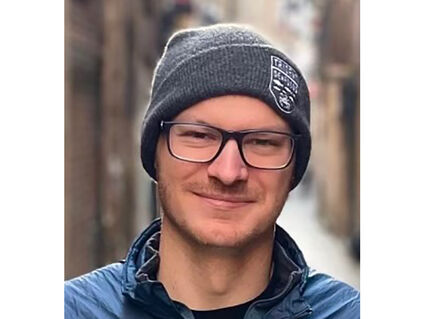 David Juel Marifern, age 30, of Shoreline Washington passed away unexpectedly Sunday, September 25, 2022 not far from Ballard, where he started his life.

David was born in Ballard, Washington on April 27, 1992 to Barbara and Bruce Marifern, brother to his sister Samantha Marifern. He grew up and attended Petersburg High School where he swam competitively. Raised in a fishing family, he took pride in participating in different fisheries throughout his young years.

David has always had a heart (or need) to serve. His college experience started off at Boulder, Colorado as a member of the ROTC Marines. He later transferred to Gonzaga, Washington. While in college he studied in Florence, Italy for a semester, which helped grow and shape his love for travel and his appreciation for other cultures. He graduated with honors, earning degrees in Political Science and Economics, with a minor in Math.

During his last three years of college, David bought the F/V Voltaire and

fished in Bristol Bay to put himself through college without any student debt. Faltering fish prices led him to a job with Icicle Seafoods. It was here where his life excelled, with more responsibilities and more leadership roles, he couldn't seem to get enough. He then moved to Trident Seafoods as Senior Manager of Operational Excellence, Alaska (working to modernize and improve Trident's operations in Alaska). He was back over his boots with new responsibilities.

David had many interests, he loved fishing commercially and would take personal time from his job to fish herring with his father. He also

loved the outdoors, going to the shooting range, snowmobiling, snowboarding, underwater diving, and gaming. David had a thirst for learning, which was evident by the number of books he read; he always had a book or two with him, wherever he went. His latest interest was motorcycling. He finished a two week solo motorcycle trip, traveling cross country, tent camping along the way and loving every minute of it. He loved spending time with family and friends.

His gentle kindness and loving patience, along with being able to call him for help in solving any problem, are going to be sorely missed. David's smile and belly laugh made the world a little brighter. Words cannot express the hole that he leaves in the lives of his many family and friends.