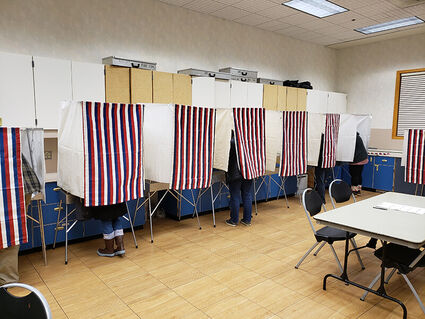 The 2022 general election polls closed Tuesday night, putting an end to the campaign season and kicking off a two-week waiting game as ballots are counted until the final results tabulation on Nov. 23.

As of Wednesday evening, 80% of the ballots cast statewide have been reported according to the Associated Press.

With Alaska now using ranked choice voting in statewide elections, those ballots are only reporting votes for candidates whom voters ranked as their first choice.

So far in Petersburg and Kupreanof, 861 ballots have been reported, which accounts for approximately 28.43% of local re...