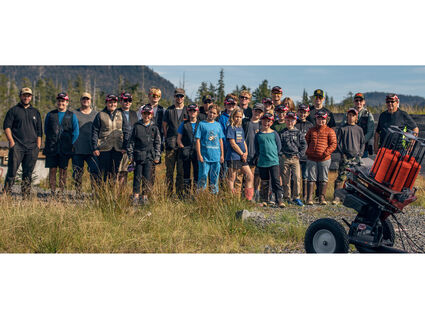 The Fall 2022 Devil's Thumb Shooters team during a practice on their home field.

17 Petersburg athletes from the Devil's Thumb Shooters attended the 8th Annual Southeast Fall Shoot at the Juneau Gun Club in late October where they racked up multiple medals.

According to Becky Turland, this fall season the club had its highest participation yet, rising from six athletes in 2015 to 32 this year, including nine girls, ranging in age from 8-18 years old.

The team placed third overall out of the 11 youth marksmanship clubs who traveled to the event from across Alaska, and one from Washington, as they competed in American trap, double trap, wobble trap, and super sporting cla...