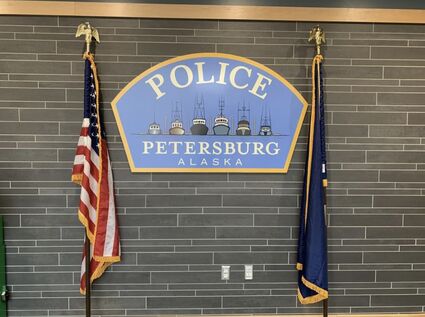 The suit, filed Nov. 3 with the Juneau Civil Superior Court, alleges that the borough defamed Kerr and portrayed him in a false light, according to court records obtained by the Pilot.

On June 27, 2022 the borough responded to a public records request filed by KFSK with a statement saying the borough's HR department had received a complaint in the form of a timeline from Kerr alleging that he had been the subject of harassment from Assembly Members Dave Kensinger and Jeff Meucci.

The borough then launched an investigation, conducted by an outside attorney, into the alleged harassment. According to the borough, the investigation found that no unlawful harassment or bullying had taken place.

Kerr is alleging in his lawsuit that he never claimed to be the subject of workplace harassment and that the borough issued a "false and misleading press release."

He claims the timeline he submitted to the borough was not a complaint, that he had never filed a complaint of harassment, and that the report completed by Clayton & Diemer, the law firm that conducted the investigation, was "wholly erroneous."

The lawsuit alleges that the borough's actions were intentional and have made Kerr "look like a Chief of Police who makes baseless claims of workplace "harassment,"" and that, "these actions amount to both defamation and portraying Mr. Kerr in a false light."

Kerr's partially redacted timeline, which was included in the borough's June 27 response to the public records request, chronicles an assortment of events related to himself, the assembly, the police department, and other entities.

According to the borough's statement, Kerr claimed that the alleged harassment came primarily in response to a statement he made to the assembly at a meeting on Nov. 17, 2021.

During that meeting, the assembly debated an emergency masking ordinance, brought on by a rise in COVID-19 cases, which would have required businesses and building owners to deny admittance to anyone who did not wear a face covering indoors and would have enacted fines for noncompliance.

The ordinance passed after the requirement to deny admittance to offenders and the fine structure were removed so that the ordinance ultimately only added a requirement for masking in communal spaces.

During the public comment period at the beginning of the meeting, Kerr, who prefaced by saying that he was giving a personal statement, said that having the police enforce the mask ordinance would result in verbal altercations and physical conflicts.

"If you want the mask mandate enforced, it will be enforced, but only until officers get hired by another police department," Kerr said.

"We have highly trained officers in Petersburg who would be an asset to any police department. Currently, police departments are actively recruiting in Alaska offering $10,000 to $20,000 recruitment bonuses along with higher wages and lower cost of living. I used to say the quality of life and what Petersburg has to offer is what keeps officers here but if we start enforcing mandates and ordinances that divide this community further, officers will move from Petersburg because of the quality of life and conflicts. Let me be clear, I do not support enforcing mask mandates or ordinances. The Petersburg Police Department has worked hard to build a positive relationship with the community it serves. Voting yes on enforcing masking allows the assembly to hide behind their vote while they destroy the community's relationship among neighbors, the police department, and local government. Sending officers with guns and arrest powers to a masking complaint is absurd. Using the police department to enforce a masking violation should be viewed as excessive force."

Multiple assembly members felt that Kerr's comments had crossed the line, and in the days following the meeting both Kensinger and Meucci emailed Borough Manager Steve Giesbrecht to express their disapproval.

Meucci wrote that he hoped Giesbrecht would encourage Kerr to "publicly show the community the errors of his public testimony comments" and that the community needed to know that the police department would enforce all laws and ordinances and not selectively enforce the ones they agreed with.

Kensinger wrote that Kerr's comments were in his opinion an attempt to use the threat of employee action to influence the direction of the assembly.

Giesbrecht responded to Kensinger and Meucci stating that he also has concerns with what Kerr said and that he planned on meeting with Kerr to discuss his comments.

Giesbrecht also warned them of the prohibitions on assembly members getting directly involved in the discussion of the performance and actions of a borough employee.

Kerr's timeline also states that Giesbrecht later told Kerr that his speech was "over the top and inappropriate" and that they came up with a plan to consult with each other before future statements.

The investigation conducted by the outside attorney also found that Kerr's comments at the meeting were not protected by the First Amendment or by the Alaska State Constitution.

According to Giesbrecht, this was determined by examining the First Amendment rights of public employees through the application of the policymaker exception and the balancing test established by Pickering v. Board of Education.

Kerr wrote in his timeline that after the Nov. 17, 2021 assembly meeting he received "constant retaliation" for his speech against masking enforcement and his lawsuit alleges that Kensinger and Meucci continued to interfere with Kerr's employment relationship.

According to the claims in his timeline, this included them making constant busy work for him, an email Kensinger sent to Giesbrecht following the firing of former Officer Johnny Duane Pickle-whose employment was terminated after he posted a picture of a child performing a Nazi salute-in which Kensinger questioned what other current officers Kerr had hired and stated that Kerr "needs help or replaced" and the assembly's questioning of the police department hiring process.

On March 9, 2022, Kerr received a text message from Meucci-which Meucci wrote in a letter to the editor on Sept. 8 had been intended for a different recipient-in the text Meucci wrote that there were multiple records requests looking for incriminating emails between assembly members.

Kerr alleges in his lawsuit that the text constituted misconduct and he reported it to Mayor Mark Jensen, Giesbrecht, and Borough Clerk Debbie Thompson.

According to the lawsuit, on March 10, the borough clerk asked Kerr for a timeline of the alleged misconduct by Kensinger and Meucci, which Kerr provided, and, soon after, the borough informed Kerr that it was going to retain law firm Clayton & Diemer to look into the claims of misconduct.

Kerr's lawsuit alleges that "Clayton and Diemer were not independent investigators" because they regularly did work for the borough and claims that the firm "had a vested interest in making sure that any investigation they did not show any sort of misconduct on the part of the Borough or ... the Assembly."

Kerr claims that, after he met with the investigators on April 6, he wrote to them to explain "that he was not complaining about any sort of "harassment.""

And, in June, he informed the borough that "the timeline that he had conveyed to the Borough was in no way his "complaint.""

The lawsuit also claims that Kerr contacted the borough in September and asked for it to "remediate its defamatory and false lights actions" but that the borough ignored his request.

According to the lawsuit, Kerr is seeking "injunctive relief against [the borough] requiring it to issue a correct and truthful press release" and "actual, compensatory and consequential damages."

In the lawsuit Kerr is being represented by the Northern Justice Project, a private civil rights firm in Anchorage.

The borough has stated that it will not comment on matters related to pending litigation.