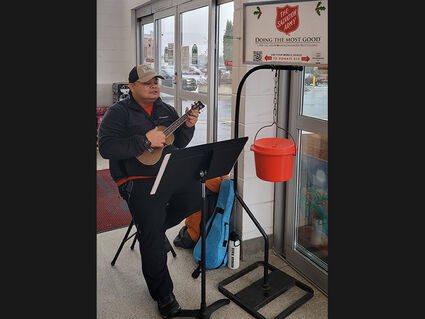 Saengthasy plays his ukulele while collecting red kettle donations for the Salvation Army.

The Salvation Army Petersburg Corps is getting into the season of giving this year with multiple charitable opportunities coming up on the calendar.

They kicked things off last week with their annual Thanksgiving food box distribution where 126 people, including 55 families, were served according to Capt. KV Saengthasy.

The U.S. Forest Service also donated food and other items were purchased from Hammer and Wikan.