Flint vies for position on the proposed borough assembly 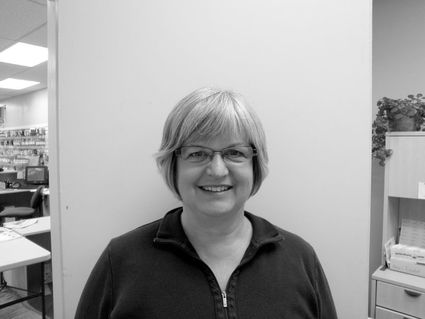 Petersburg City Councilor Susan Flint is a lifelong resident of Petersburg and has put her name in the hat as a candidate for the proposed Petersburg Borough Assembly.

Flint has served on the city council since 2009 and decided to run for the council seat after a group from Bellingham tried to develop a dam in Thomas Bay.

She explained that she feels that the formation of the borough will be good for the community.

“I am very hopeful that the borough will pass,” Flint stated. “I think it will be the best thing for the community at large.”

She also stated that forming the borough is the right thing to do. “We need to take care of our backyard,” she said. “We need to have a say in what happens in our neighborhood.”

Flint is also a business owner in Petersburg.

“I have a business with my husband and son, Rocky’s Marine,” Flint stated. “I think we have a great town, with wonderful schools, a great outlet for artists, inspiring scenery and of course, fishing is the life-blood of our town. This is a great place to raise a family.”

Flint is afraid there has been so much opposition on this issue that the unification of the two sides will be difficult but this challenge can be overcome.

“We have to mend a lot of fences,” she stated. “There have been a lot of harsh words and a lot of accusations thrown around and I hate that. We are all neighbors; we have to see each other all of the time. We work together, shop together, recreate together and mending these fences will be a top priority for me.”

The opportunity for hydro development is a huge draw for the borough formation.

“Hydro development is what this area needs,” Flint said. “We thought we were all set here for years and years, but when everyone began converting to electricity for heat we found that we can use all that we have now and we need to look for areas to develop. This fact affects us all.”

The loss of jobs in the Forest Service and crewmember jobs in the fishing industry has produced a decline in population but according to Flint the biggest threat comes at the cost of our schools.

“Our school funding is being threatened by Congress and we are responsible,” Flint stated. “One of our main jobs, as a City is to help fund our schools.”

Flint explained that as a citizen of the United States, education is one of our top priorities.

“The increase in property tax will help increase the dollars to the schools,” she stated. “I think that is very important.”

Flint does not see anything changing as the government changes from a City to a Borough entity.

“Other than a larger area being included, I don’t see any changes,” Flint said. “It will be up to the residents in the outlying areas to form their own area and the borough can help them with that.”

Flint also explained that she was disappointed that no one from outside the city limits chose to run for a seat on the assembly.

“I know they are against it,” Flint stated. “I am hopeful that, if it passes, they will come and join us and be a part of their government.”