Paddle Battle falls short of goal by nearly half 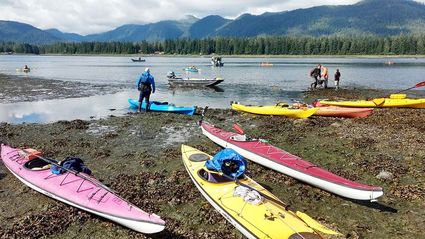 The Paddle Battle to raise money for the Petersburg Medical Center was held on Saturday, July 15.

The Petersburg Medical Center set a goal to generate $10,000 from the 2017 Paddle Battle fundraiser, but nearly a month has passed and the number is about half that, despite there being more participants.

The Medical Center had raised $5,535 from the kayaking expedition since last week, said Sarah Holmgrain, the foundation secretary treasurer for the hospital. The event hosted 43 people, which is about 10 more than the previous three-year average.

"The last three years we did meet the $10,000 goal," Holmgrain said. "For this year to be half than that was surprising."