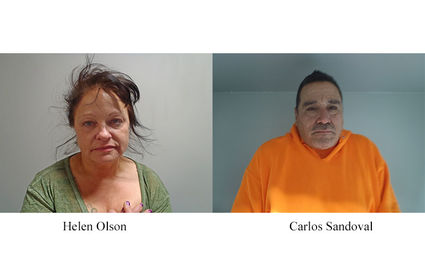 Two Petersburg residents are facing controlled substance charges after they allegedly coordinated the shipment of methamphetamine from Mexico to Mitkof Island.

Carlos Sandoval, 53, and Helen Olson, 49, appeared before Petersburg Magistrate Judge Desiree Burrell for a felony first hearing on Wednesday afternoon. They were each charged with one count of second degree Misconduct Involving a Controlled Substance.

According to court filings, police were told Sandoval had traveled to Mexico to obtain methamphetamine and would fly back to Petersburg from San Diego on March 15.