Petersburg has shortage of tradesmen 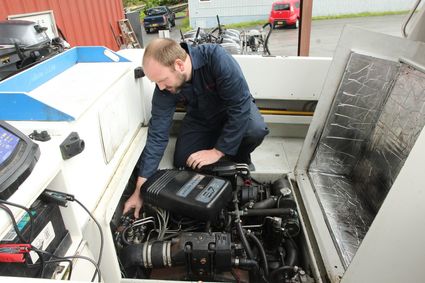 Carson Paul checks the temperature of the hoses after doing work on the cooling system of an inboard Volvo Penta motor. Paul has been with Rocky's Marine for nine years and was hired about a year after graduating high school.

A lack of skilled trade workers has caused both the borough and businesses in town to struggle to fill open positions, which can result in a loss of income and an increase in the time it takes to get a project done.

Borough Manager Steve Giesbrecht said when the borough advertises a job it first looks in-house for anyone who wants to move up to another position. After several weeks, the borough will advertise city wide, before advertising the position throughout the state. Despite the borough offering a respectable wage with benefits, Giesbrecht said the borough might get one applicant for...