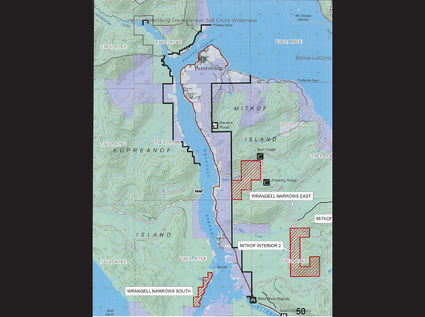 The map above shows the land in the immediate area that would transfer over to the Urban Corporation in the Alaska Native Claims Settlement Act Fulfillment Act of 2020.

The Borough Assembly approved a letter on Wednesday to Alaska's congressional delegation asking they postpone enacting a bill that would transfer borough land to a Urban Corporation in order to gather the opinions of local residents that would be impacted by the decision.