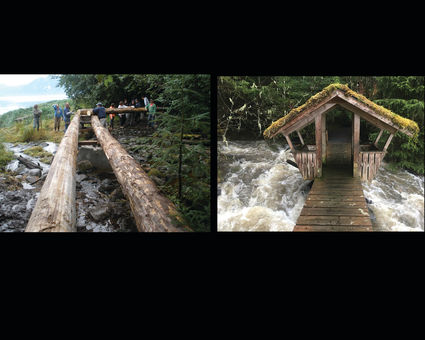 The Sandy Beach Park Troll Bridge withstood record flood level waters last Tuesday. Contractor Dieter Klose designed the concrete foundations with engineering help from Alan Murph and with the assistance of former Parks and Rec Director Ryan McFarland. Klose then oversaw the construction of the bridge logs and decking. Numerous volunteers participated in the build including Bynam Jackson who participated as part of an Eagle Scout project. The bridge was constructed in 2009. Klose built the troll booth later.