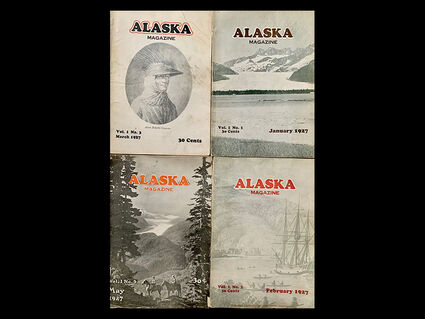 Before the Alaska Magazine we know today, there was another Alaska Magazine--a small and unrelated periodical produced in Juneau in 1927. As editor, John Edward Meals included articles about explorers to Alaska, stories of interest to tourists and cultural information. Meals was born in Nebraska and lived for a time in Valdez. He worked for the Kennecott Copper Mine there before launching his publication in Juneau. Only 5 volumes were published, and by 1930, Meals had moved on to Seattle. There he became an accountant and helped create the Seattle Foundation. These magazines were donat...