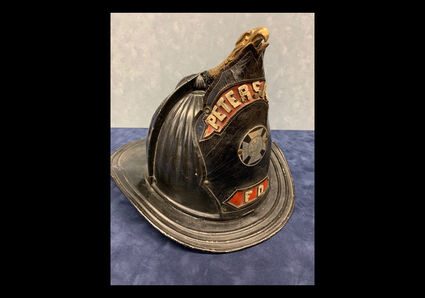 Early Petersburg saw a number of large fires which destroyed canneries, docks, homes and businesses. In 1910 G.H. Petersen was appointed as fire chief, but little of him seems to be known. Officially Louis Miller, previously of the Seattle Fire Department, is recognized as first fire chief.

The new Fire Department purchased 36 buckets for firefighting, and searched for a fire hall site. In September 1929, the first fire truck was purchased. It still appears in local parades. The second truck purchase was delayed, when in 1938 the mayor wouldn't sign the check so fire volunteers raise...