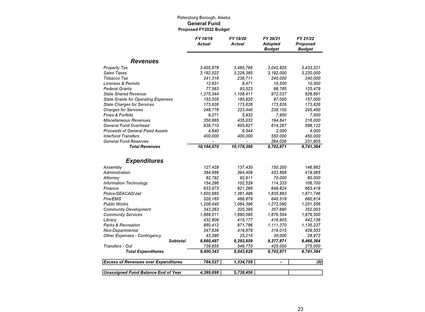 The charts above show the difference in revenues and expenditures in the proposed fiscal year 2022 General Fund budget.

The Borough Assembly reviewed the proposed fiscal year 2022 budget at a work session on April 21, which has a balanced General Fund.