SEAPA cable to be installed in July 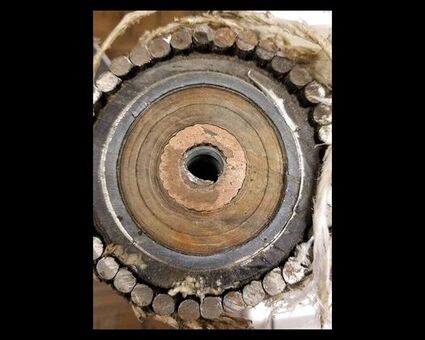 On July 1, Southeast Alaska Power Agency will begin an eight day process of removing a damaged submarine cable and replacing it with a new triple conductor cable between Woronofski and Vank islands.

Site preparation is expected to begin on June 1, with the removal of the faulty cable taking place one month later on July 1, said SEAPA CEO Trey Acteson at a Borough Assembly meeting on May 17. Crews will then begin laying about 3.5 miles of new cable. The manufacturing and the installation of the cable is estimated to cost about $13.4 million, though that number can change, said Acteson.