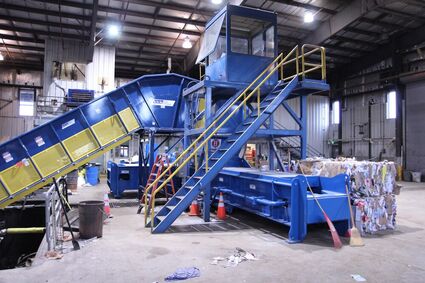 The new garbage baler that was installed last year.

Ordinance #2021-14 which would suspend baler fees for waste delivered to the baler facility failed in its first and only reading during Tuesday's assembly meeting.

The emergency ordinance aimed to combat the increase of bear activity in town by providing residents an opportunity to dispose of their garbage at no charge from 12:00 p.m. to 3:00 p.m. instead of letting it accumulate in trash cans. If adopted, the ordinance would have stopped fees for a period of 60 days unless sooner repealed. In a 1-5 vote, Assembly Member Jeff Meucci was the only member in favor.

Meucci said the idea was to...