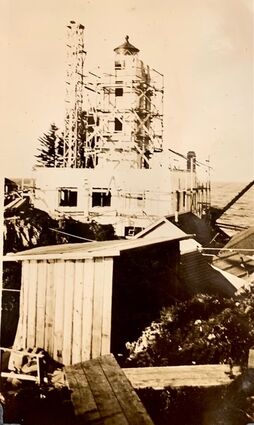 Since 1902, the Five Finger Lighthouse has stood on a rocky 3-acre island at the south entrance to Stephens Passage--the first American-built lighthouse in Alaska. Originally staffed by a crew of three, many did not stay long, likely due to isolation and occasional lack of food and resources. The original building burned in 1933, and was replaced in 1935 by the structure still in place. The U.S. Coast Guard operated the 71,00 candle-power light and station from 1939-1984, when the last crew signed their names on the basement wall. The station is now owned and maint...