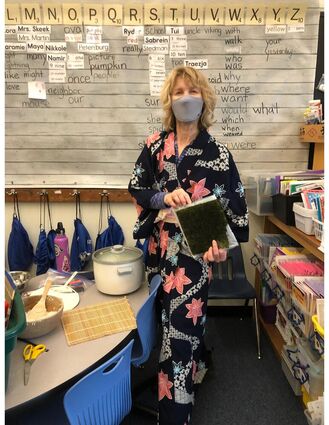 Teacher Bridgett Wittstock, who lived and studied in Japan, wears a traditional Japanese kimono while helping teach third graders about Japanese culture. The students also read about and passed around the Olympic torch carried by former torchbearer Jack Eddy during the 2002 Winter Olympic games. She is standing next to a rice cooker and a bamboo sushi rolling mat used to make sushi.