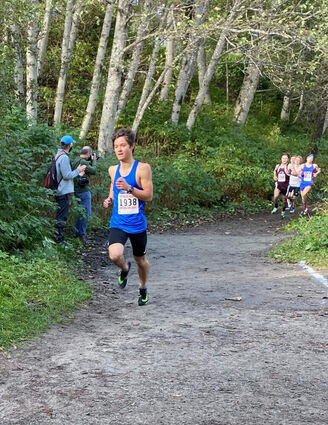 Uriah Lucas sprints ahead of the trailing pack.

The team had a solid performance on the day with multiple students getting personal records on a course known for its twisty trail and steep hill.

Uriah Lucas finished sixth among the boys with a time of 17:28. He started out strong with a pace-pushing first mile, but Thompson believes he may have overexerted himself.

"It's hard to not get wrapped up in the excitement, but it caused him to probably finish sixth in a race that he could very well have won or placed in the top three for...