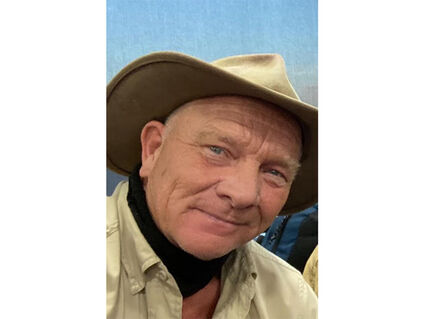 He was born with his twin brother Kevin, on October 25, 1952 in Sparta, Wisconsin to Lawrence and Junella (Hanson) Caulum.

At a young age his family moved to a dairy farm in Cashton, Wisconsin where he graduated from Cashton High School in 1970. In 1972, he married the love of his life Linda Abrams who he had the blessing of dancing through life with for 49 years.

In 1974, Ken enlisted as a Military Policeman in the Army where he was stationed in Germany in support of the Vietnam war. After completing his tour, Ken and Linda moved back to Cashton where he joined the Wisconsin National Guard and was employed as a Department of the Army Police Officer and Game Warden at Fort McCoy from 1978 to 1989.

In 1989, Ken moved his family to Kodiak, Alaska where he served as an undercover agent for the National Marine Fisheries Service enforcing the nation's commercial fishing laws in the Bering Sea. In 1991, Ken and his family returned to Cashton where he was a dairy farmer earning the National Farmers Organization (NFO) Quality Award for milk producer of the year in 1993.

In 1994, the Alaskan waters called his name and he and his family returned to Alaska where he joined the Alaska National Guard and was employed in the community. On September 11, 2001, his National Guard platoon was called to active duty to provide enhanced security to Southeast Alaskan airports. In 2005, Ken deployed to Baghdad, Iraq in support of the war. He returned in January 2006 and shortly after was deployed to Kuwait again for a second tour. In May 2008, Ken retired from the Army and returned to Petersburg, Alaska. In 2013, Ken and Linda visited Arizona, fell in love with the area and decided to retire in Apache Junction.

Throughout his life, Ken's desire was to serve the Lord, his nation, and people. As a true outdoorsman, Ken loved adventures on and off the water. His passions included: fishing and hunting, horses and horseback riding, woodworking, the arts, antiquing... just life to the extreme, especially if it was with his grandchildren. Ken loved watching his family grow and enjoying life with his greatest earthly treasure Linda, but his greatest moment was baptizing his wife and family. Ken lived for the next adventure and punched adversity in the face until the Angels called his name on November 3.

Ken was preceded in death by his parents Lawrence and Junella.

A service was held in Apache Junction, Arizona. A celebration of life will be announced at a later date (in the spring.)