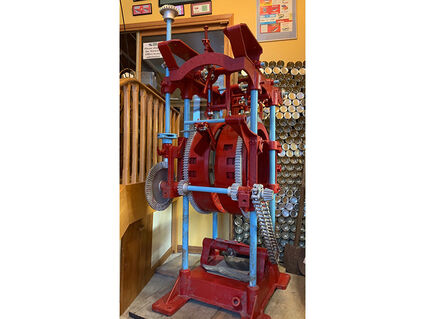 War and famine in the 1800's influenced Chinese immigration to North America. Soon their ranks swelled the cannery workforce, as they accepted lower wages due to financial desperation. In 1903, as anti-Chinese sentiment was building, the "Iron Chink" was invented for cutting and gutting fish. Edward Smith chose a name for his machine that reflected the negative attitudes of the time. While skilled workers could cut and gut six fish a minute, the "Iron Chink" could process dozens, thereby eliminating many cannery jobs. The offensive name stuck for years, but now it is generally called a butc...