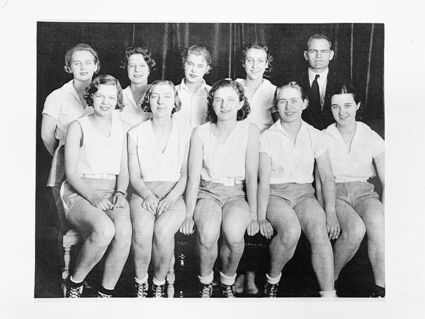 Women's basketball was a sport in Petersburg as early as 1914, when the Petersburg Progressive reported women were taking an interest in the game. In 1922, married women and single girls were invited to play at the Sons of Norway, for a 10 cent share of hall rent. High school Coach Vincent said of the 1933 team, "...if the boys team had picked up as much as the girls have this past year, they would be able to defeat any team in Alaska..." This 1934 team photo is from the annual Flood Tide.